Born and bred in Manchester, Rachel started singing at the tender age of 12 years old, through the demanding route of gospel choirs. Rachel also had the privilege of working alongside US Gospel ‘greats’- Marvin & Ron Winans, Commissioned & Shirley Caesar. Her first brush with the Pop music industry came about when at 15 years old, she was asked to record MC Buzz Bs How Sleep the Brave EP. Shortly after, Rachel recorded with Family Foundation (a group signed to Pete Watermans 380 Records) She is featured on the Express Yourself and One Blood EPs. Rachels vocal talent had certainly not gone unnoticed and soon became the most in demand vocalist in Manchester. She later recorded 10×10 for 808 State, which featured on their Gorgeous album and she also accompanied them on their subsequent World Tours.

Rachels studio career resumed with Loveland. In 1994 Rachel recorded Let the Music Lift You Up which reached number 16 in the UK charts delivering Loveland their first top 40 hit. Rachel went on to record Lovelands album with spawned 5 UK top 40 hits, plus 4 Dance number 1s, many of which are regarded as club anthems. Rachel also worked with N-Trance, recording the single Turn Up the Power reaching number 23 in the UK charts. Shortly after this she teamed up Urban Cookie Collective and recorded the Oasis smash hit Champagne Supernova, although never receiving an official release the recordings remain a classic. Rachel has also had the privilege of working with the club and DJ Giants, K-Klass on their Burnin album. In 1998 Rachel released her first self penned and solo single, Lover, which provided her first solo top 40 hit. This was an amazing feat considering it had very little air play, no publicity and no video to promote it. Since then it has reworked several times, but it is the bootleg collaboration of Lover with Paul Van Dyk’s “For an Angel” that it is probably best remembered. It remains a monster club hit to this day. However, the original version enabled Rachel to be accepted and seen as a credible songwriter and artist in her own right and as a result she was asked to perform on the Cream Tour of Australia. Re-worked and re-released in January 2005, Lover broke into the top 40 again.

In 2000, Rachel developed Graves Disease, a severe form of hyperthyroidism. This was to drastically change her life! Unable to perform, Rachel turned her strengths to teaching vocal, songwriting, recording workshops to young people within the inner city areas of Manchester & Cheshire.. This proved to be a very inspiring time for her as she passed her skills on to the next generation.
After this bout of sickness lasting over 2 years, Rachel was approached by Lee Monteverde to record a single for LMC. It was released in February 2004 and reached Number 1 for two weeks in the UK charts. Since then, Rachels career has resumed.

Rachels career has seen her diversify into different aspects of the entertainment industry, including stage and musicals, culminating in her starring in the multi award winning play ‘Rent’, both in the West End and on the extensive UK tour; ‘Blues For Mister Charlie’ directed by Greg Hershov at the Royal Exchange Theatre, Manchester; ‘Black Goes With Everything’- revue of the work of songwriter Don Black, directed by Arlene Philips, and also ‘One’ a two-hander with Clive Rowe, directed by Sir Richard Eyre.
Rachel returned to the West End in 2011 as an original cast member of the UK production of ‘Rock of Ages’; playing the role of Justice Charlier until its close in November 2013.

Rachel’s vocal talents has afforded her many accolades and amongst those received from the Music Industry has been the Music Week Dance Single of the Year 1994, Malibu Female Singer of the Year 1997 and the prestigious Brit Nomination for Best Single 2004 along with a Silver Disc for the fantastic LMCvU2 single Take Me To The Clouds Above. Rachel is fortunate to have an enviable track record of recording songs that chart in the Top 40. 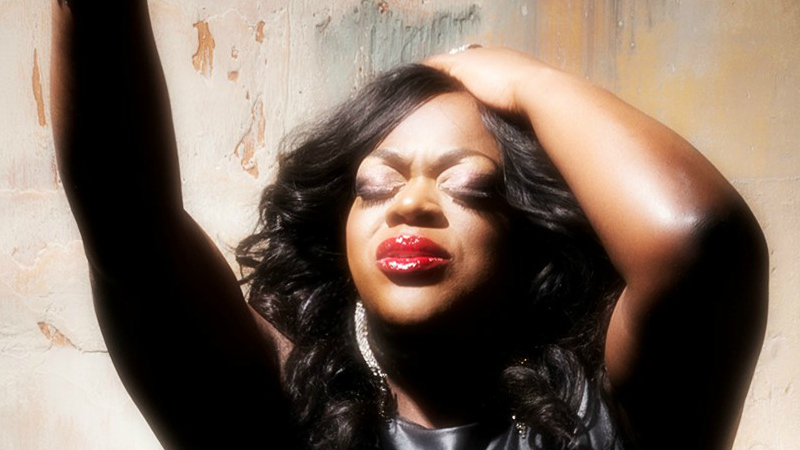