With the success of this track, Angie was able to launch a full time career as a vocalist and now appears sometimes as a featured artiste. Her more recent projects involve her actually co-writing tracks with the DJ or producer before performing them.  Examples of her work in more recent times can be heard on various labels including Hed Kandi, Milk & Sugar and Mark Knight’s Toolroom Records.

The voice of Angie Brown can be heard all around the globe performing as a live PA singing all her classics from the 90’s through to the present day.  She has performed some of the most prestigious parties for some of the world’s most rich and famous including the King of Morocco’s Birthday party and Kate Driver’s wedding (sister of Minnie Driver).  As a live PA Angie has played clubs that vary from Space (Ibiza), Heaven (London & Gran Canaria) to venues in New York, Golden Gate, San Francisco, Dubai, India and Europe, she has been the headline guest for the UK’s biggest Mardi Gras parties both in Manchester and London for the past ten years.

Some of the biggest parties, though, are the big arena shows while touring as part of the ultra successful 80’s band Heaven 17 and as part of the “Here and Now” tour where she played Wembley Arena, Birmingham NECand Sheffield Arena in fact Angie even sang at Derby County Football Club during half time as a special guest.

Besides performing live, Angie has also appeared as a TV personality on many of the top prime time shows across all networks including several children’s programmes along with Good Morning, GMTV, The Lottery, Big Breakfast, Dance Energy, Top of the Pops, Never mind the Buzzcocks, Pyjama Party, Viva La Diva and even stood in as the celebrity weather girl on TFM.

Names such as Beverley Knight, Chaka Khan, Fat Boy Slim, Lisa Stansfield, Courtney Pine, Mark Morrison, Rolling Stones, Grace Jones, Kate Bush, Culture Club, Kate Bush, Jocelyn Brown, Sybil, Desmond Decker, Shola Ama and the Stereophonics have all been synonymous with Angie over the years and these are just the ones she could remember. 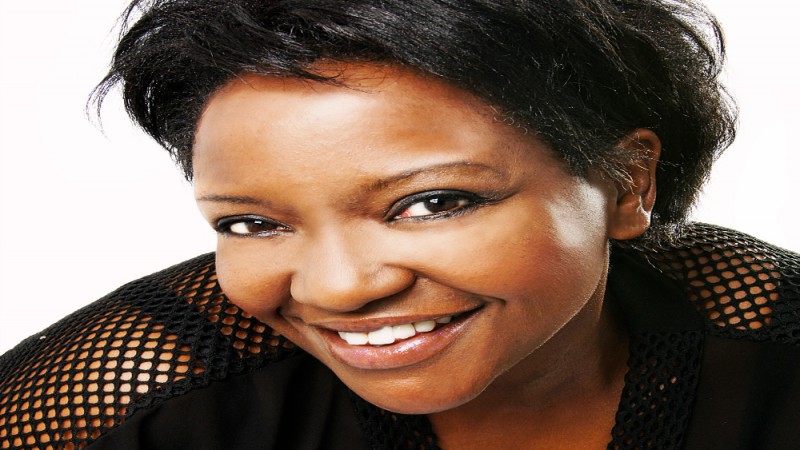