… THE FIRST LADY OF UK GARAGE…

Taking a break from her fashionista lifestyle within managing and directing her own fashion line, Lisa Maffia
has now returned to the music scene with a new wave of garage beats that are sure to get your head
bopping and feet stomping! The tunes take inspiration from the timeless classics of the past, whilst offering
a new sound that will attract both old-school garage ravers as well as the youth of today.
A legend in her own right – having been the first lady of UK Garage, she has accumulated various awards
along the years including Mobo, Brit and Q to name a few, and is more than confident she can make the
same impact this time around as she did the last. The multi-talented singer-songwriter began her career as
the only female member of the award winning So Solid Crew in 1999. Throughout their time at the top, So
Solid notched up five Top-20 hits including the platinum-selling single ‘21 Seconds’ which appeared on the
just-as-popular album: ‘They Don’t Know’.
Lisa proved her worthiness when she took the step to go rogue and pursue her own goals and ambitions.
As a solo-artist she achieved two Top-10 singles, including the platinum-selling “All Over”, resulting in her
album reaching Gold status. During her time in-between pursuing music, this multi-talented
business-woman demonstrated her entrepreneurial characteristics by establishing her own successful
fashion label named nothing other than: House of Maffia .
A TV sensation is yet another title that can be attributed to Lisa Maffia: having been featured on shows like
Top of the Pops, The Jonathan Ross Show, Celebrity Juice, and Celeb Air – which she won in 2008. Not
only does she bridge from industry to industry, she is also regarded as an aspirational fashion icon and sex
symbol within the media and in the public’s hearts. Shot by the legend that is Mario Testino for the cover of
Vogue, Lisa has also graced the covers of many other fashion and music based magazines such as:
Mixmag, NME, Elle, B&S, and Muzik, among others. The star was voted No. 91 in FHM ’s ‘100 Sexiest
Women’ (2002), No. 77 in Loaded ’s ‘Hot 100 Babes’ (2002), and Nuts’ ‘Top 50 Sexiest Brunettes’ poll
(2007) – so there is no doubt that she is a highly-prized individual with a great deal of talents and skills
behind her!
So Solid Crew regularly tour around the globe and are still very much in the public eye – especially now with
the ever-increasing Garage Music revival! To note, some of Lisa’s performance highlights from 2016
include: Boom Town Festival, Garage Nation Festival, Garage Nation Dubai, A Tour of Australia, Amnesia
in Ibiza, Ibiza Rocks, Wembley Arena, and the Red Bull Culture Clash at London’s O2 Arena. 2017 has
already begun with a bang – showcased through collaborations with LinkedUp TV, Glastonbury Festival,
and Manchester Gay Pride, among others!
Lisa has very recently finished recording her second album; with the first single ‘ Wah Gwarn’ to be released
imminently. Alongside adding the final touches to the album, shooting the music video and teaser trailers,
and attending various festivals and gigs over the summer; she is also collaborating with some of the UK’s
leading production companies on a whole host of documentary projects, interviews and TV shows for 2017.
In short: expect Maffia Mania ! 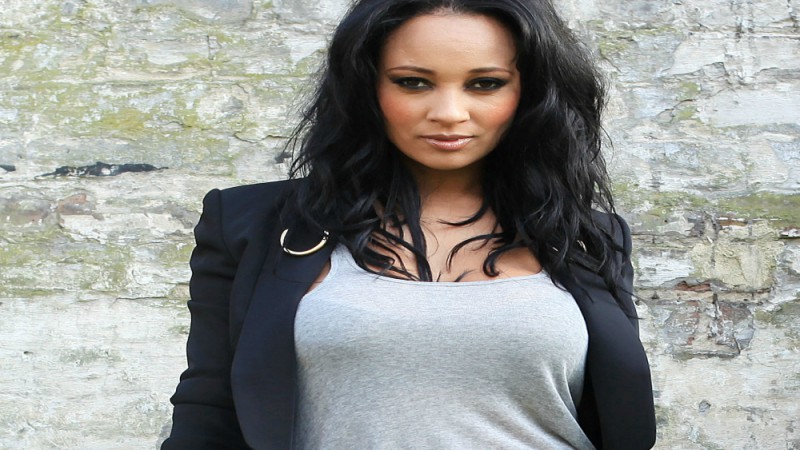