Kenny Thomas a multi-platinum selling artist who dominated the commercial, soul and album charts in the 90’s.

By the time he was 23 he had been nominated for 2 Brit Awards and his debut album, “Voices”, went platinum in its first week and went on to sell over double platinum in the UK alone, spawning 4 hit singles, “Outstanding”, “Thinking About Your Love”, “Best of You” and “Tender Love”. Then came his second album, “Wait For Me,” which also offered up a slew of hits including “Stay” and “Trippin’ On Your Love.”

Kenny was born in Islington, North London. In the early eighties the heart of the neighbourhood was beating with the sounds of Soul, Reggae, Lovers Rock and Jazz Funk. He sang in the choir at the local church to the delight of his mother and had a busy career as an amateur boxer to the delight of his father!

At 15, Kenny’s vinyl collection was boasting milestone albums such as “Songs in the key of life” and “Hotter Than July” by Stevie Wonder (his favourite singer), “Off The Wall” & “Thriller” by Michael Jackson and the legendry “Joy & Pain” by Maze. Like any serious music junky, Kenny and his mates were constantly buying and exchanging records, then eventually purchasing musical instruments in an attempt to create their own sound. “One friend bought a bass guitar and a Moog synthesizer, I bought an acoustic and an electric guitar, we just jammed all the time trying to emulate the soul and Jazz funk records we loved”, reminisces Kenny.

It was around this time the family moved further east, towards Hackney. As fate would have it they moved just a stone’s throw away from Eddie Grant’s studio, The Coach House, where Eddie had recorded hits including the 1979 track “Living On The Front Line.” “I remember one very cold winters evening a friend and I plucked up enough courage to go and knock on the studio door. No one was in, we went back again and again until, one night, Eddie’s brother answered,” recalls Kenny. He was 18 and his voice was beginning to develop into a fine soul voice, something that didn’t go unnoticed by Eddie’s brother.

“We managed to raise some funds to record a couple of tracks, most of which came from a friend who worked in Hatton Garden. Eddie came down to the studio one time and remarked on my voice, saying I had “a nice commercial voice” remembers Kenny. They eventually got a small record deal at President Records thinking they had hit the big time but nothing really happened and Kenny retreated into a 9 to 5 job in the West End.

His dad was a well-known professional boxer in his day and had an amateur boxing gym in Alexandra Palace, North London, where he trained boxers. One day the hand of fate once again rested on Kenny’s shoulder.  A music manager, who was a keen boxer himself, got talking to his dad at a boxing event when those immortal words were uttered… “My son can sing, you should hear his stuff.” He did, and he was very impressed with Kenny’s voice.

So, after throwing his umpteenth sicky from his current job to pursue his musical career, Kenny stepped into the studio in Acre Lane, Brixton to record “Outstanding” with a young, talented record producer called Ritchie Fermie. His manager took the single into Cool tempo Records, who at the time had signed another of his artists, Monie Love. Within a month Kenny was signed and later that year began making an album with producer Ian Green for one of the leading dance and hip-hop labels in the UK. His label mates included Gang Starr, Eric B and Rakim, Doug E Fresh & The Show, and Masters at Work to name but a few. This time he knew he wouldn’t have to throw any more ‘sickies’ and finally handed in his notice at the 9 to 5 job!

Kenny’s 3rd studio album, “Him,” was in the record company starting blocks ready to go into the promotional/marketing machine when he had his epiphany: He hadn’t stopped for 6 years and he needed to take time out. He walked away from his record company, his 3rd album and his manager and immersed himself in the underground modern soul scene and simply hasn’t looked back.

For the discerning lovers of modern UK soul Kenny has never been away. They’ve watched him become one of the finest voices and performers the UK has produced. He’s a rare artist, who can seamlessly move from soul to broader musical arenas. In 2004 he lent his vocal talent to Stonebridge’s smash album “Can’t Get Enough” where he featured on the track “Gotta Give It Up” and then again in 2007 on a further Stonebridge album called “Music Takes Me” on the track “You Don’t Know”.

In 2006, to the delight of his soul fans, he stepped back into the studio and recorded the album “Crazy World” on Curb Records. The album spawned UK underground soul classics such as “Crazy World”, “Him” and “Let It Rain”.  Most recently he hooked up with Roy Ayres providing vocals on ”Waiting” which is featured on Richard Earnshaw’s debut album, “In Time”. Kenny also recently featured on the new “Cool Million” Album on the track “Without Your Love” which he co-wrote with the German based 80’s style Soul Funk producers.

Over the last few years Kenny has had the privilege of touring and sharing the stage with artistes such as Bobby Womack, Lisa Stansfield, Shalamar, Patrice Rushen, Tavares, Alexander O’Neal, Beverley Knight and Level 42. His fan base here in the UK and around the world has grown with him and this loyal following has ensured that the demand to see him perform live has never waned.

Off stage Kenny’s been busy too and with his ever-enquiring mind he became interested in the advantages of complementary medicine. Not one to do anything by halves, he graduated from a private academy in 2010 with a Bachelor Of Science Degree in Acupuncture and Oriental Medicine and is now a qualified Practitioner. 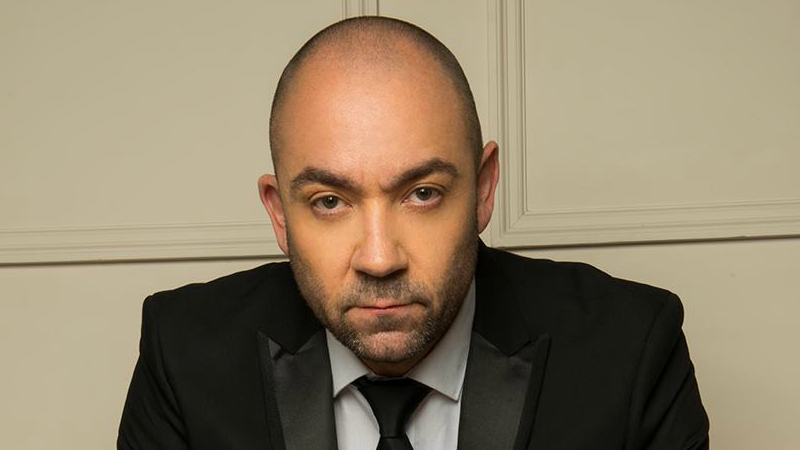