With a series of best-selling ‘Prototype’ mix CDs under his belt, four years on Radio 1’s legendary Saturday night slot, the first to be resident at both Cream and Ministry of Sound, and had an ongoing monthly New York gig as well as currently running one of London’s best club nights, Seb Fontaine clearly belongs among the elite of international DJ’s.  But elitism is not in Seb Fontaine’s vocabulary. In fact, you could argue that the reason the 34 year old Londoner has come so far (apart from excellent taste in music and deft spinning skills, of course) is by nature of his affability, modesty and sense of perspective. “Watching plastic go round,” is how he describes the DJ’s job, but Seb feels strongly that if the DJ’s separate themselves from clubbers – how can they understand what they want – it becomes difficult to be a part of what they experience.

Seb has been a ‘part of it’ for 16 years now. His career choice may not seem surprising when you allow that he was conceived on the island of Ibiza, to a French restaurateur and a sojourning English woman. But the boy they christened Jean Sebastian Fontaine claims that he never decided to be a DJ.  Born and raised in west London, his heroes were Chelsea Football Club (his son’s middle name is Stamford) and the bands of the 2-Tone label. To this day, he claims that if he could swap being a DJ now to be in Madness, he would.

That opportunity never arose. Instead, a teenage Seb talked his way into a gig at Hammersmith Town Hall on the lie that he’d already DJ’d “loads of times,” after which he landed a regular slot at Crazy Larry’s on the Kings Road where, like many of his peers, he played old soul and funk alongside new American hip-hop. From there it was onto The Fridge in Brixton, and The Wag in Soho, along with the occasional warehouse party.  As the British rave scene exploded toward the end of the 80s, Seb was at all the clubs, but tucked away in the back rooms, still playing rap. His epiphany? One day walking into the ‘main room’ and hearing A Guy Called Gerald’s ‘Voodoo Ray’ and thinking, “What the hell is this record? It’s unbelievable.” He also noted the difference in audience, UK hip-hop hit a moody stage, with crews of guys hugging the walls instead of dancing. Seb found he spent more time in the ‘house room’ where there’d be girls dancing on the speakers and semi-naked people swinging from the chandeliers. And he thought, “This is where I want to be, I want to be here.’”

Given how many DJs were undergoing a similar conversion, Seb’s progress into the house rooms was gradual: gigs at Subterania with Jeremy Healey and Norman Jay, a residency at The Cross, guest slots where he could get them. And finally, alongside DJing and promoting partner Craig Richards, his own Saturday night at the Hanover Grand in central London under the club name Malibu Stacey. At which point it all came together. Seb and Craig found themselves with the hottest night in town. And it lasted almost four years.  Malibu Stacey was relentlessly glamorous, refreshingly exuberant, and Fontaine played appropriately optimistic house music to match. Yet while the night put his name on the map, it also typecast him. Seb felt he was tarred with a ‘glam house’ brush, the trannies and feather boas were everywhere! It took a while to shake that moniker.  He did so the only way he knew how, by working his way out of it. A residency at Ministry of Sound’s ‘Frisky’ night certainly helped; then, when Paul Oakenfold abdicated his spot at rival night Cream up in Liverpool, Fontaine’s name was put forward as replacement. The offer was too good to turn down, and Seb became the first DJ to claim both ‘super clubs’ as home turf.

Not surprisingly, other opportunities quickly sprung forth. Seb took a radio gig on Britain’s dance station Kiss FM, his Ibiza dates and the calibre of the venues increased, he burned up and down the British motorways on weekend nights, and moved into mix CDs. A number of best-sellers for Cream were a tremendous start, however, Seb came into his own with the ‘Prototype’ series released by Global Underground, which gave him his own ‘resident’ CD status rather than ‘guesting’ for other brands. Over four increasingly popular ‘Prototype’ releases, Seb built a global audience by balancing the appealingly commercial vocal with the resolutely underground instrumental.

By the time of the fourth double mix, Seb began to question how many Prototypes before the finished article?  Similarly, Seb was becoming frustrated by dance music’s household acceptance. Clubbing was becoming increasingly mainstream, with marketing guru’s jumping in on the act, Seb felt pressure from the scene, expected to play the ‘standard ten tunes’ everywhere and felt uninspired.

Fortunately, in 2001 circumstances allowed Seb to reposition himself. Radio 1 hired him away from Kiss, initially to fill in for other DJs and for road trips, and then for the prestigious Saturday night slot from 7 pm-9 pm. (The show attracted almost a million UK listeners, was syndicated in five countries, and available online).  Seb appreciated what a great opportunity the BBC was – with no commercials and no sponsors, there were no constraints, Seb using his time at the BBC to put forward where he thought music should be.  Although there were no brand restraints – the weekly slot meant Seb couldn’t gig as far a field as previously – and after four years he decided to call it a day and go back to what he loved – playing for the people with the people, face to face.

Seb’s phenomenal monthly night TYPE at The Cross in London recently celebrated its fourth ‘birthday’.  Seb’s dedication to creating an atmosphere that’s less mass marketed, both in sound and attitude, has resulted in a rammed London event that’s taken the city’s clubbing back to basics, Seb’s relentless mission to continue to push the dirty, chunky house sound, makes the club so exciting.  Guests have included Timo Maas, Norman Cook, Erick Morillo, Audio Bullies and Jacques Lu Cont the key figures in the TYPE family, using electro and house.  Clubbing is meant to be fun. It doesn’t need to be a sell-out but there needs to be some energy.” October 2004 saw the transatlantic release of ‘Perfecto Presents: TYPE’ and gave both sides of the pond a taste of the eclectic mix that has seen the night go from strength the strength.

While involved in the occasion club cut as either Cequenza (for the “bigger sounding tracks”) or Sizzlak (for the “funky house music”), Seb has shied away from remixing opportunities, mainly to avoid becoming jaded by overexposure.  Pseudonyms are second nature to Seb – his latest project – Reflekt released ‘Need to Feel Loved’ in March 2005 which is taken from the summer hit Ibiza film ‘All Gone Pete Tong’ was a hit across clubland, reached number 13 in the charts. Seb comments, “For every person who says ‘clubbing was better five years ago,’ there’s someone new coming into it who will remember last Saturday like we remember 1990,” Seb continues, “Everyone has their time and place. Everyone has their moment – a year or two when everything is the most exciting thing in the world. And that’s cool. As a DJ, you’ve got to try to help people have their moment all the time.” 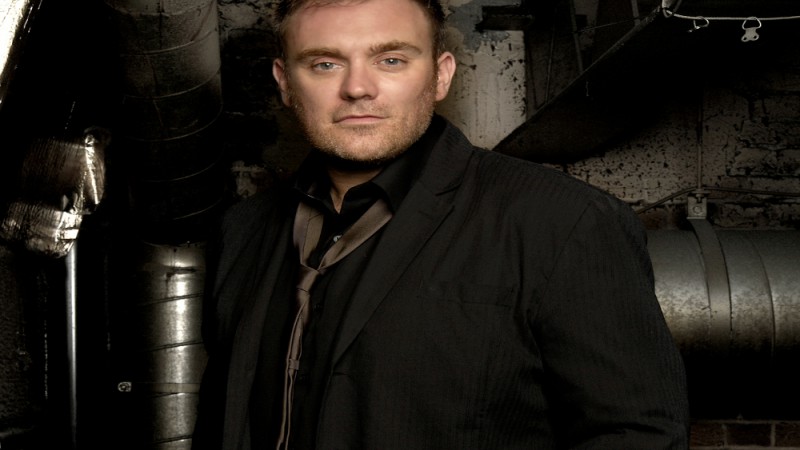