On April 12, 1961, the Russians were the first to put a man into space. A few years later, on March 18, 1965, the Russian cosmonaut, for the first time in the history of human civilization, went into open space. If we try to draw speculative parallels between space and electronic music, then the Rostov based group PPK have undoubtedly proved to be pioneers on the Russian electronic scene.

In electronic dance music, especially at the dawn of its formation, the themes of space and high technology have always played a primary role. The ravers tried to dress as futuristically as possible to match the avant-garde designs that the event designers came up with for raves, at which DJs and musicians played cutting-edge music. For the participants of this culture, rave and space were identical to each other. The PPK group emerged in Rostov-on-Don and have always thought in terms of space, on a large scale.

The first time PPK went into space was in the autumn of 2000. Then their track “Hey DJ!” ended up at Number One on the global mp3.com chart and the popularity of the group became exactly as had been predicted by the technology gurus: if you have a hit and talent, you will be noticed. PPK was quickly noticed by the whole world and PPK became the first Russian project that exploded worldwide.

The second time PPK went into space, when “Resurection” was played by one of the heavyweights of the then global club scene, English super DJ Paul Oakenfold. Moreover, he played it immediately in heavy rotation, and the support of any track of this kind by artists invariably resulted in an increase in album sales and further popularity. No one was surprised that in the same year Oakenfold released Resurection (dubbed ResuRection) on his Perfecto label.

As a result, this track was heard everywhere both in 2001 and in 2002. BBC Radio 1 includes “ResuRection” in the A-List and plays an INSTRUMENTAL trance track with voice samples of Russian cosmonauts’ talking an amazing 6 times a day!

For the third time, the first Russian musicians, PPK entered the global cultural space on December 7, 2001. On this day, British television showed one of its most popular programs – the music show “Top of the Pops”, in which only those musicians whose tracks hit the national British charts took part. Top of the Pops was the longest-running weekly music program in the world, running for 42 years. The program aired from 1964 to 2006 and featured all the world’s famous bands starting with The Beatles. By this time, PPK’s composition “ResuRection” had reached a phenomenal third place in the UK Singles Chart, and PPK became the first Russian musicians who did it. The total number of copies sold in Britain in the first week of sales exceeded 200,000 and The British Association of Phonogram Producers recorded the result by presenting PPK and their management team with a certified award – “Silver Disc”.

Before getting into the British hit parade, other colleagues from the club scene or professionals in the music business knew about the global success of Rostov musicians in Russia. On December 7, 2001, the multi-million circulation newspaper “Moskovsky Komsomolets” came out with a kicker headline on the front page: “Russian guys beat Madonna and U2.” PPK received such a strong boost of acclaim that, upon returning to their homeland they knew the time was right to move forward with many new projects.

In March 2002, the British charity Nordoff Robbins Music Therapy launched a worldwide fundraising initiative for people with hearing impairments, calling the project World DJ Day. This event in Russia was for the first time organized by the PPK project and the “Gorod” club alongside the entire international music community.

Later, Sergey Pimenov decided to open a music store and, along the way, a fully-fledged record label. Both were called Uplifto. The store sold vinyl, and the label was determined to find and promote new talent in the electronic music field. True, vinyl could not resist the onslaught of the technological revolution: DJs were actively switching to digital formats, and vinyl was losing its popularity.

Sergey Pimenov is pleased and proud of the way the Uplifto label performed, revealing to the world talents like Bobina, Swanky Tunes, Hard Rock Sofa, Dmitriy Filatov and Alexey Karas, who a few years later entered the Top 100 of the best DJs on the planet according to the English magazine DJ mag and gained a multi-million audience of listeners from all over the world, becoming a truly international phenomenon.

The history of PPK seems to follow the name of its most popular track because even today “Resurrection” is one of the most recognizable Russian tracks and a very popular piece of music, which was recorded by the Rostov guys many years ago, at the dawn of the new millennium, with faith in space, rockets, and advanced technology.

On September 22, 2020, the State Corporation Roscosmos and Channel One announced that, for the first time in history, they would create a feature film in space. The working title is “CHALLENGE”.

The plot of the film provides for a flight to the International Space Station, which is scheduled for Autumn 2021, on the Russian Soyuz MS manned transport spacecraft.  The main character of the film, who will fly to the ISS will be determined by the results of an open competition hosted by Channel One amongst actresses.

The composition “Resurrection” by the PPK project became the main theme of the preparation for the filming of the film “Challenge”.

The compilation of electronic music called “To the First Conqueror of Space” was released on April 9, 2021 and will be timed and dedicated to the 60th anniversary of the first human spaceflight.

PPK’s musical project was re-established and started a new life in December 2020, after almost 15 years of silence. The relaunched PPK consists of Pimenov plus Khramkov.

The single “Zodiac Reload”, a track based on the melody of the “Zodiac” band, written by the Soviet Latvian composer Janis Lusens in 1980, became the initial release. 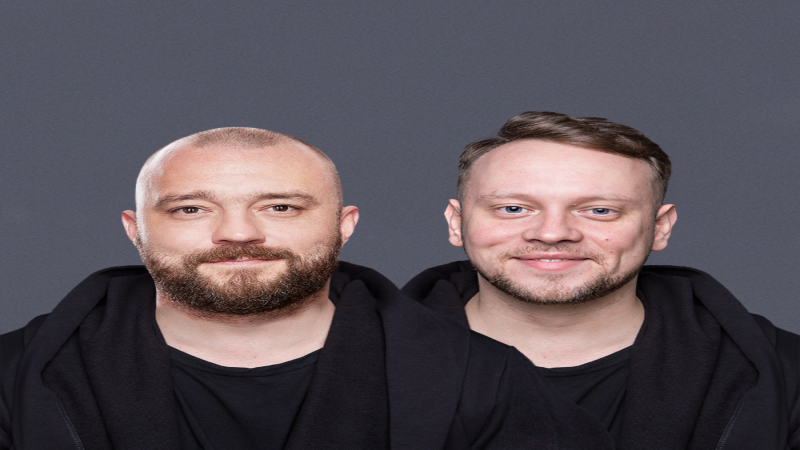