Danny Rampling
Danny Rampling is one of the first Superstar Dj’s. A true Pioneer and Visionary of the Dance Music scene that we know today.
Through his legendary Acid House club Shoom in the 1980’s, and his Radio shows with BBC Radio 1 and Kiss FM, Danny became a catalyst that has helped to shape Dance Music and Radio for over 25 years, and has paved the way for the likes of David Guetta to be who they are today.
Voted #1 Dj by DJ Magazine in their first ever top 100 poll ; MIx Mag/DMC World Awards : ”Best Radio DJ” – 1992 ; Music Magazine : ”Outstanding Contribution to Dance Music Award” – 1998 ; Ibiza Music Awards : ”Best Radio DJ” and ”Outstanding Achievement Award” – 2000 ; Ibiza Music Award : ”Lifetime Achievement” – 2005 ; DJ Mag : Nominated for ”Best of British Outstanding Contribution Award” – 2012
Danny Rampling has sold over a Million compilation albums, presented with an array of Gold Discs, is also regularly featured on TV documentaries for National Geographic, BBC, MTV, and The Gadget Show for his music knowledge and expertise. He has become a household name in the UK and has become a brand unto himself – building an army of fans. Rampling was the mastermind behind adopting the Smiley Face logo to represent the Acid House / Rave movement, which has become one of the most recognisable emblems of Dance Music Culture we know today.
His show ”Love Groove Dance Party” on BBC Radio 1 ran for 7 years on a Saturday night in the UK, and attracted Millions of global listeners every weekend. Danny Rampling’s radio presence was also instrumental in turning Kiss FM from a pirate radio station into the main player that it is today with his influence over Dance Music and changed the attitudes of young London in the 90’s. Danny was the first British DJ to play at the Miami Winter Conference, and was one of the first DJ’s to play in South Africa. With past Ibiza Residencies in Pacha, Amnesia, and Privilege, he has helped shape the Dance and Club scene on the island and in the UK as we know it over the years.
Danny Rampling remains at the forefront of the music industry with his International Dj tours. He is author to the best selling book ” Everything You Need To Know About DJing & Success”, has a Music Consultancy business providing music Soundtracks for Film, Fashion Shows, and releases complications under the name Rampling Digital through Mastermix.
His American wife, Ilona Rampling, is also a long standing Dj and Music Producer, and they regularly perform together under their joint name Mr + Mrs Rampling, playing for A list events like Formula 1 and star studded private parties. They have also teamed up in the recording studio producing new music, and have other projects planned for announcement in the coming New Year.
Ilona Rampling

A self taught vinyl DJ, based in the United Kingdom, but a USA National with European parents, Ilona in the past been signed to Dragonfly Records, Alchemy Records and have had releases through Lovemore Records.

Having built up her career playing House Music on the club scene professionally for more than 10 years, her Dj stops off include Paris, Berlin, Ibiza, Munich, Monaco Formula 1, Naples, Miami, Vienna, Dubai, Saigon, Cambodia, Bangkok, Manilla, Kuala Lumpur Formula 1, Singapore, and festivals including Glastonbury, Bestival, and Lovebox.
Ilona Ramping also is a Music Producer and has made catwalk music for shows during Fashion Week, broadcasts Radio Shows (Ministry Of Sound, NationTokyo, RedSeaDanceRadio) and supplies music and playlists for Michelin Star Restaurants (Pollen Street Social, Pret A Diner), while in conjunction for dj-ing for select exclusive Private Events with her husband Danny Rampling. 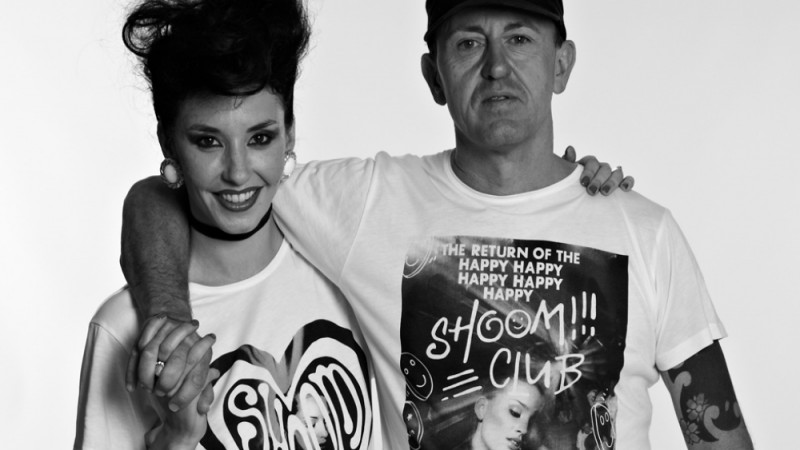