Mark Moore shot to fame as the driving force behind the dance/sampling pioneers S’EXPRESS with the number one hit ‘The Theme from S-Express’. Today his notoriety has been reinforced not only by S’Express and his subsequent string of hit records and remixes, but by being a unique and eclectic DJ. He is one of the first to have embraced the aspects of stardom and success attributed to the DJ culture.

Complete with his trademark, a customised red telephone / headphone, Mark can be seen at some of the world’s finest clubs (as well as playing for the likes of Psychic TV, Grace Jones and Scissor Sisters). He has an original playing style and is described as an adventurous DJ who will carefully construct a set of interesting, original and lively records which guarantee an ecstatic response on the dancefloor. A DJ who will avoid an endless stream of cheesy anthems but is happy to play a pop record if he loves it. He is without question one of the godfathers of new dance music and club culture.

Mark first started DJing at Philip Salon’s legendary MUD Club; when the resident DJ, Tasty Tim, asked him to fill in one night. Thrown in at the deep end, Mark had to sink or swim. He swam and became a huge hit with the crowd and was immediately offered a residency which he held for over five years.

He then got noticed by the club Heaven who offered him a slot at their PYRAMID night. Mark was one of the first supporters of Chicago house music and Detroit techno in Britain and mixed it with electronic European dance music (such as Yello, Soft Cell and Cabaret Voltaire) alongside Colin Favor and Evil Eddie Richards. Being the first night in the UK to play house music the venue attracted the likes of The Pet Shop Boys, Danny Rampling, Mr C, Pete Tong, Paul Oakenfold and even Liza Minelli! This led to Danny Rampling offering Mark guest spots at the seminal Shoom club. Mark’s intrinsic feel for dance music was present at the earliest stages of his career pre-dating what is now widely termed Balearic.

Mark’s idea to form S’Express was a natural progression from the musical experience and grounding he received as a regular on the club scene. In 1988 Mark’s brainchild resulted in his first release – ‘The Theme From S-Express‘ with co-producer Pascal Gabriel. It shot to number one across most of Mother Earth and catapulted Mark and S’Express to worldwide fame and fortune. During the recording of the first album ‘Original Soundtrack’, Mark worked on tracks with a girl just starting her singing career, Billie Ray Martin. He then sought out his favourite producer, the then little-known William Orbit and they collaborated on an S’Express track. They continued to work together and their many remixes include Prince and Malcolm McLaren.

Mark Moore recorded his second album ‘Intercourse’, on which he worked with the singer Sonique and the then undiscovered Carl Craig. Sonique has since gone on to become one of the world’s most successful female DJs and a hugely successful solo artist, while Carl Craig is one of Detroit’s finest exports.

Over the years Mark has indulged in various projects; running three labels: Splish, Stylofiction and Bone in the 90′s – followed by Umami Records in the noughties; doing the occasional remix and production (Seal, Erasure, Dead Or Alive, Divine, Client, B-52s, Soft Cell and Prince among others); hanging out with modern composer Philip Glass (they became friends when Glass collaborated on a remix of ‘Hey Music Lover’); writing and publishing a few short stories; interviewing people such as Siouxsie Sioux and film-maker John Waters of ‘Hairspray’ and ‘Pink Flamingos’ fame; and even playing a cameo role on the French and Saunders TV show.

Today Mark is an early pioneer and champion of the electro-disco sound and compiles the UK’s only electro-disco chart for QX International Magazine for which he also writes a weekly column. Mark’s celebrated nightclub ELECTROGOGO featured cutting edge electro/rock acts who played live at the venue (Kissy Sell Out, Rex The Dog, John B, Bobby Gillespie, Asia Argento, Marc Almond and Andy Bell were just a few of the guests) and it ran for five years. Mark still throws occasional parties under the Electrogogo or Can Can names.

His record label UMAMI RECORDS released the ‘Trash The Can’/’BangBang’ single by Mark Moore & Eon. The track ‘Repeat/Replay’ by Mark Moore & Kinky Roland was featured on the legendary Berlin Insane IV compilation; plus he’s put out 12″s under the name of UltraViva and Needledust. A new S’Express track came out on the acclaimed Kitsuné label on the 20th anniversary of Acid House, “To confuse the history books”, said Mark! Other remixes include Unklejam, The B-52′s, Client, Soft Cell, Mlle Caro & Frank Garcia, Art Of The Matter.

Mark Moore is known as the first of the DJ pop stars. Muzik magazine cited ‘Theme From S-Express’ as kick-starting the UK house scene. S’Express opened the doors across most of the world for new dance music and DJ culture as a viable force. Jockey Slut magazine made Mark one of their “Heroes of House Music”. Today, Mark still finds himself traveling the globe playing a mix of electro-disco, twisted house and whatever else he fancies to express himself and bring to the fore his most extraordinary DJing repertoire. 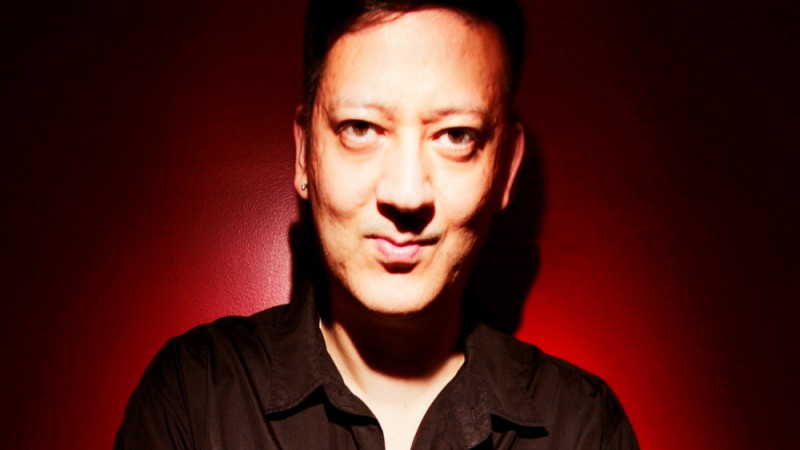