Rozalla is a dance music performer from Zimbabwe born to a Zambian mother and an English father. “The queen of rave” is best known for her 1991 hit “Everybody’s Free (To Feel Good)”.

Rozalla first came on the scene in the 1980s in Zimbabwe, the country she had moved to from her birth country. Her singles charted well in the area and an English record producer took her to London in 1988. Rozalla’s career took off when dance anthem “Everybody’s Free (To Feel Good)” reached number 6 in the UK Singles Chart in 1991. The track soon crossed over to international charts and reached the Top 10 in many European countries. It also reached number 37 on the Billboard Hot 100 the following year. It was followed by the UK Top 20 hits “Faith (In The Power Of Love)” and “Are You Ready To Fly”. Her debut album Everybody’s Free was released in 1992 and went silver in the UK. She also worked with Michael Jackson on his ‘Dangerous’ tour, opening all of his performances.

After a few lesser charting singles Rozalla recorded the theme song to the film, Carlito’s Way, “I Love Music” which enjoyed UK Top 20/U.S. Hot 100 success in 1994, but failed to emulate the international success of the singles from her debut album. Further British hits followed in “Baby”, “This Time I Found Love” and “You Never Love The Same Way Twice”. 1995 saw the release of her second album Look No Further which was a commercial failure.

In 1996 Rozalla released a remix of “Everybody’s Free”, which was to become her last UK Top 40 hit to date. Her third album Coming Home was quietely released in 1998. The album had a Stateside club hit with its lead single, “Don’t Go Lose It Baby” which, however, failed to make an impact on the UK chart.

For the next ten years Rozalla would only sporadically release new recordings and her success was limited to various club charts. Her ‘new’ output would primarily consist of remixes and rerecordings of her old hits. In 2002 she enjoyed a hit single with a remix of “Everybody’s Free” in Germany. She re-emerged in 2003 alongside Plastic Boy on the vocal Trance hit single “Live Another Life” which peaked at #55 in the UK and her track “All Or Nothing” was a sizable club hit in 2005.

Rozalla released a new album entitled Brand New Version on February 2, 2009. It featured a much more mellow, jazz/soul sound, with 8 new tracks, as well as covers of Paul Weller’s “Broken Stone” and Pete Doherty’s “For Lovers”, as well as a bonus-track jazz-influenced remake of “Everybody’s Free”.

In the same week a Global Deejays remix of “Everybody’s Free” entered the Top 40 of the Australian charts. It has so far climbed to number 7, making it Rozalla’s highest charting and first Top 10 single in Australia.

Most recently, Rozalla can be found performing as the support act for Billy Ocean on his current tour of England, under her full name, Rozalla Miller.

In May 2009 Rozalla became a patron of the charity All Star Kids. 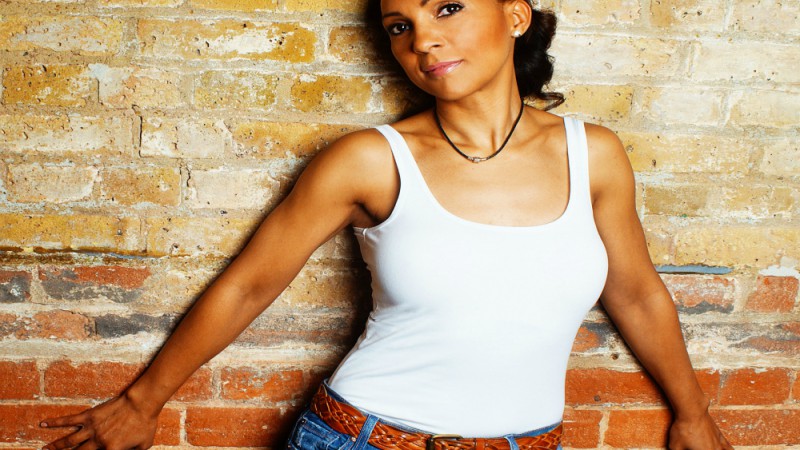