N-Joi , AKA Mark Franklin and Nigel Champion formed in 1989. At that time, dance music was unheard of in the national charts, and the underground warehouse parties were still illegal, which is where you would find N-Joi. There weren’t many artists in the UK producing dance music, and the market was very limited. Only artists such as Moby, Blackbox, Happy Mondays etc, were getting their material into the charts and that was because they were vocal driven. At this stage, not a single instrumental dance track had entered the charts until N-Joi.

Their first release on De-construction Records (BMG) was Adrenalin, which was a hard hitting, full on techno sound. N-Joi had only ever played live to no less than 20,000 people at most of the legal and illegal parties. This was the beginning of their journey into bringing underground dance music to the forefront of the public consciousness. Adrenalin entered the national charts at No.19 which they also performed (without lyrics) on Top of the Pops.

They were soon in big demand and hooked up with singer/performer Saffron from ‘Republica’. They then released ‘Anthem,‘ performed by Saffron, which stormed the national charts at No.8 selling in excess of half a million copies.

They were probably the most successful dance act at this time, which also enabled other acts to become established by setting the ‘formula’ for keyboard artists to perform live. Anthem was also doing extremely well in the USA and entered the Billboard charts at No.1.

N-Joi then released ‘Live in Manchester’ which was now very different to the more commercial hit ‘Anthem’, but still entered the charts at No.12. By now N-Joi were busy touring the USA, UK, Europe and Australia and it wasnt too long before international artists such as Madonna and Annie Lennox were requesting remixes. N-Joi’s manager at the time had taken on an unknown rave act called ‘The Prodigy’, who loved what N-Joi did so much that they decided to form a band themselves. Eventually over the years The Prodigy became more successful than N-Joi, but still wanted to perform with them, so N-Joi supported them on tour.

Most famous for their amazing live performances, Njoi are now equally in demand for their DJ sets going across the board from House/ Old Skool to tough Electro and Breaks. And for many bookings they do both….uniquely fusing the two together. Njoi are a fully versatile DJ/live act and you can book just a DJ set or right up to the full on stage show So prepare yourself .. N-Joi are back bigger and bolder than ever! 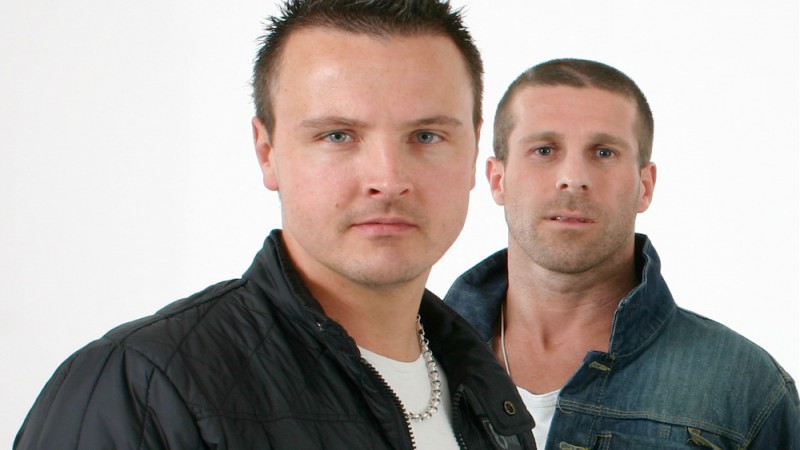