The group name came from the postcode for Walthamstow, an area of London between the old East End and the Essex commuter belt. East 17 achieved 18 Top 20 singles and four Top 10 albums, and were one of the most famous acts in the UK and some parts of the world during the early to mid 1990s. They blended rap and pop in songs such as “House of Love”, “Steam” and “Let It Rain”.

The group were seen as a grittier, more political and hip-hop or rap-aligned group than rival boy band Take That, as noted by Guy Adams of “The Independent”:-

“ They shaved their heads, and had tattoos, and were a lot, lot cooler than Take That. In the great five-year battle that dominated British pop, East 17 were also on the winning side. Their music was sharper and more streetwise. It was infused with hip-hop and R&B, and sold by the bucketload: 20 million records across Europe, compared with Take That’s paltry 19 million. ”

East 17 scored 12 Top 10 hits on the UK Singles Chart between 1992 and 1998. Their debut album, Walthamstow, shot to #1 on the UK Albums Chart. It featured a string of Top 20 singles, including “House of Love” and “Deep”. “It’s Alright” became a major success in Australia, reaching #1 in early 1994 for 7 weeks in a row and #3 in the UK in 1993. The lyrics to some of their songs, such as “Let It Rain”, had political undertones, talking about war, peace, equality, love, and other political issues. Their popularity reached Mongolia, particularly with the song “It’s Alright”, helped by music television channels, Channel V and MTV.

In 1994, upon the release of their second album, Steam, they scored a UK number-one single with “Stay Another Day”, which remained at the top for five weeks and was also that year’s Christmas number-one.

The boys then went on to hit #2 with the track “If You Ever”, a duet with the singer Gabrielle.

In Mid 2009 Tony Mortimer, John Hendy, and Terry Coldwell decided to reform and begin their new album, along with topline production team Tinman consisting of Sparx and Jo’90’ Lawrence… with the album finished and signed to FOD Records worldwide, 2011 is sure to be the biggest musical comeback twist ever for East 17 as they also unveil a brand new member for the first time, Blair Dreelan, who will be providing the main vocals

Now UK Garage legend Robbie Craig is the front man of the famous trio, East 17 have new found fame globally and have been playing festivals worldwide in front of hundred of thousands. 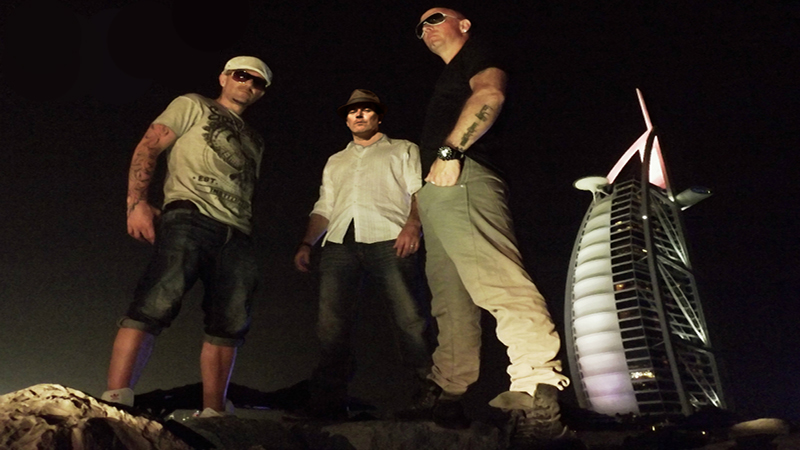