Adam made his 1st record aged 11 years, in 1979, as part of the kinderpunk group “The Stupid Babies”. They appeared on the Earcom 3 e.p. on FAST PRODUCT records along with German electronic pioneers D.A.F. who hugely influenced Adam. The song was regularly played on the JOHN PEEL radio show and SIOUXSIE SIOUX told Adam, years later, and much to his delight, that she always carried a copy in her handbag and pestered djs to play it when she went out dancing…..

In around ’86, Adam formed Diskord Datkord with Jonny Slut (now singer of Atomizer and dj/host of club NAGNAGNAG in London where Adam is regular cdj) and his brother TINLEY, then known as Trashmaster T (who made the acid house classic ‘GARDEN OF EDEN’)….They only released one single (of the week in N.M.E.), a cover version of X RAY SPEX’s ‘Identity‘ which included samples of the original over a Mantronix bassline…..Possibly the 1st ever ‘Electroclash’ record?…..

In 1988, Adam (who had by now become Adamski named after the UFO enthusiast GEORGE ADAMSKI) met his house music mentor Jimi Polo from Chicago,U.S.A.They moved into adjoining bedsits above THE PARADISE KEBAB SHOP in Camden, ondon and JIMI taught Adam how to use a sequencer and 909 drum machine. He also introduced Adam to many of his house music heroes from Chicago like Adonis, Marshall Jefferson and Robert Owens Adam, in turn, provided Jimi with the much-sampled piano riff for his house music classic ‘Better Days’….

So in early 1989, following Jimi Polo’s lead Adam started taking his sequencer, drum machine and sampler to nightclubs and parties, plugging directly into the dj mixer, and playing live mixdowns of his self-composed tracks…and soon progressed from playing after hours parties in Le Petit Prince in Kentish town, London, which was owned by his then manager, Phil Smith to playing at all the legendary and pioneering acid house clubs all over Britain including Shoom, Heaven and Solaris in London, the HACIENDA in Manchester, the SUB CLUB in glasgow and UNDERGROUND in Liverpool etc etc….. that summer he was also resident techno musician in the world famous AMNESIA nightclub in IBIZA alongside the legendary DJ ALFREDO.

In 1990 he had a massive hit with the track “Killer” featuring the vocals of Seal. The song has since been covered by George Michael and most recently Sugababes as well as a Finnish heavy metal band….

Throughout the 90’s Adam continued to produce artistic dance music featuring such diverse talents as Nina Hagen, Afrika Bambaata and Ricardo Da Force of The KLF….

In ’98 he released “One Of The People”, featuring the vocals of Gerideau which was another big tune, especially in Ibiza and Italy…Adam then lived in Italy for 3 years and made some mutant electronic pop music and began a new career as a DJ…Adam now works as a CDJ, musician and producer… 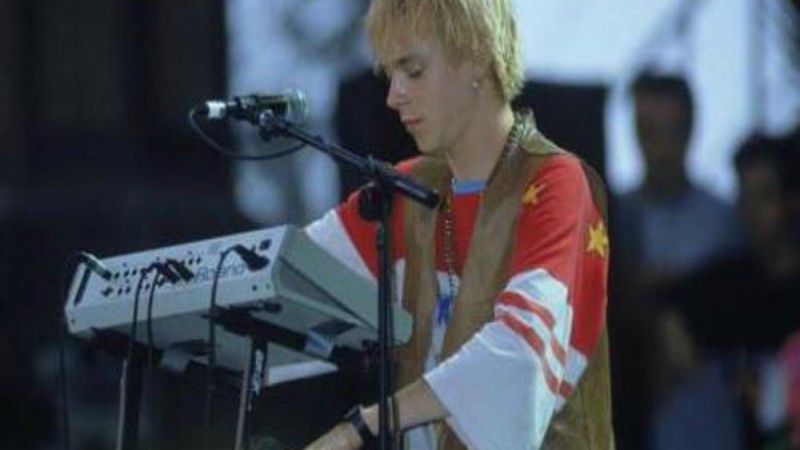